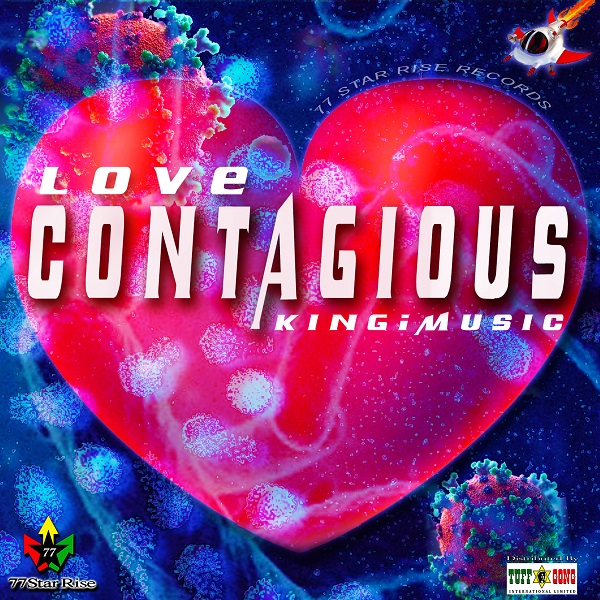 Out today August 27 from 77 Star Rise

Following the fiery release of “Impostors,” King-i aka King i Music redirects his energy to illustrate the power of love.  In a world that has been torn apart by a virus, King-i’s latest dancehall single “Love Contagious” explores another kind of contagion — love which is stronger than a virus.

The release of “Love Contagious” continues King i Music’s mission of being versatile and creating reality based content that will inspire others to love life.   King i Music explains his vision for the song, “Life is short and there is nothing to fear.  The lyrics of ‘Love Contagious’ tell a story of not taking love for granted.  With time and patience, love will certainly prevail.  After all, love is contagious.”

About King i Music

King-i’s dynamic and versatile style as a conscious reggae and dancehall artist / producer reflects his early roots in Trinidad and Tobago as well as the early influences of popular music that he listened to while growing up in an urban U.S. neighborhood.

For the last few years, he’s been in the lab so to speak honing his excellent production skills. His latest self-produced projects continue to demonstrate his versatility as both producer and artist.  In 2019 he released his debut riddim EP, Bricks Riddim, followed by his self-produced single “Impostors” in May of 2021.