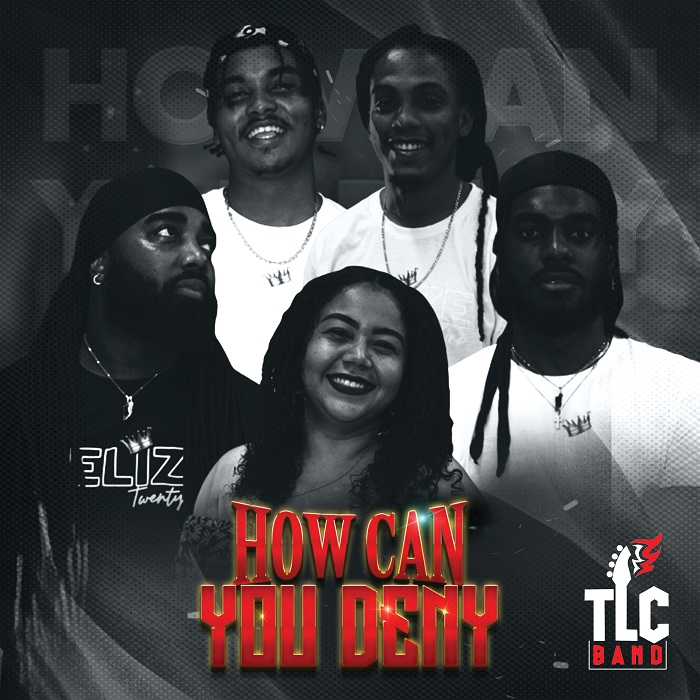 Listen to “How Can You Deny”

After years of touring and entertaining fans all over as individual talents (producers, songwriters, and players of instruments), TLC Band was born.

This five member ensemble consists of Chandler ‘White Note’ White on guitar. Chandler is also the group’s sound engineer.  Elrick ‘Prynce Bass’ Tillett is on bass.  Darren ‘Fries’ Herrera keeps the riddim on the drums, and also acts as vocalist and sound engineer.  Julissa ‘Julz’ Calderon and Tyrone ‘TY TY’ Kelly Knight are lead vocalists and songwriters for the group.