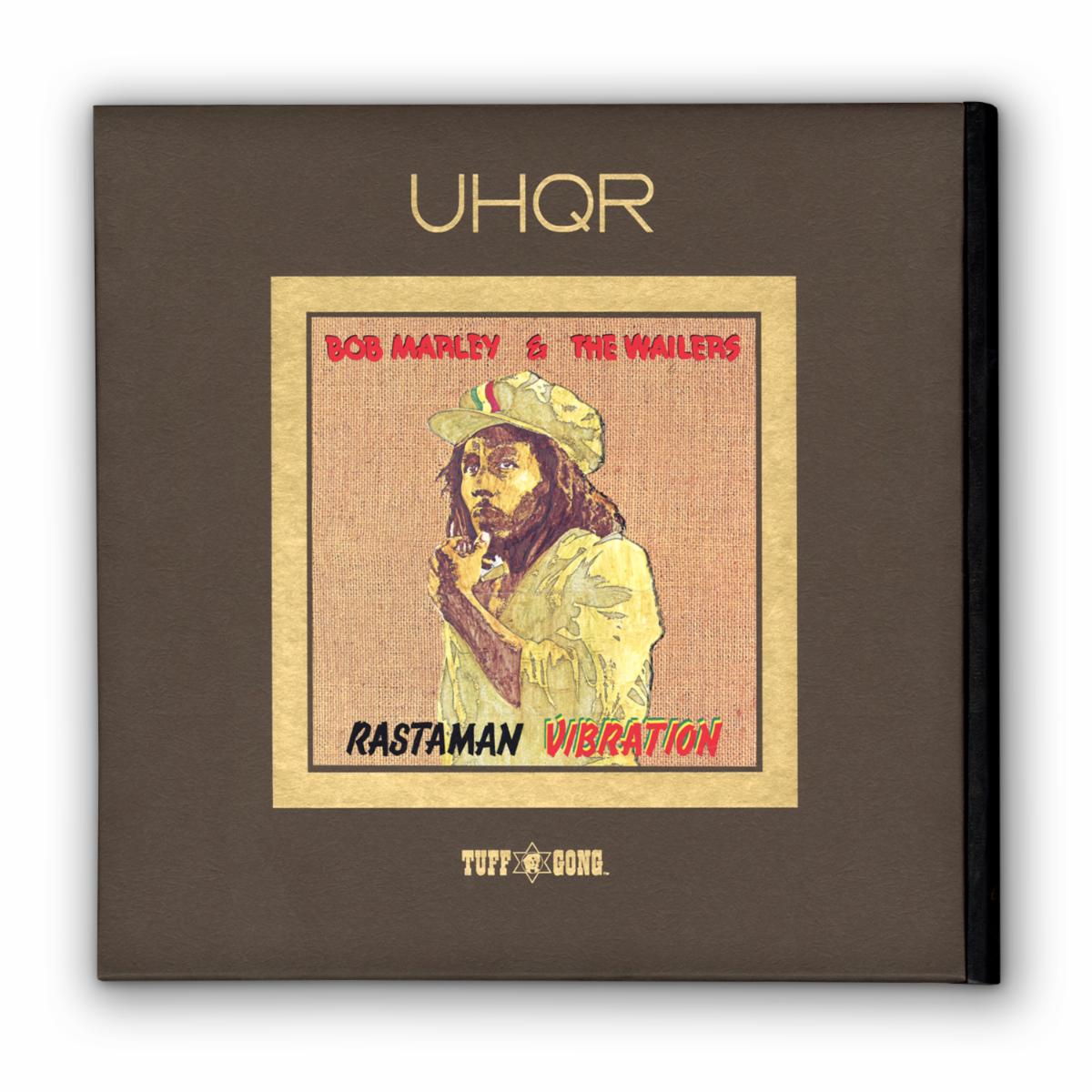 “When Rastaman Vibration was first released in America in 1976, it took Bob Marley into the Top Ten alongside disco records and corporate rock,” acknowledges Rolling Stone in a 4-star review of the album. Peaking at number 8 on the Billboard Top 200 off the strength of songs like “War,” “Who The Cap Fit,” “Crazy Baldhead,” and “Roots, Rock, Reggae,” the only Marley single to reach the Billboard Hot 100 charts, peaking at number 51, the revered ten-song opus now makes history again, becoming the first title in the esteemed Marley catalog to be released in UHQR format.

This UHQR is remastered by Sterling Sound‘s Ryan K. Smith from the original analog master tapes. Each UHQR is pressed at Acoustic Sounds’ industry-leading pressing plant Quality Record Pressings (QRP) using hand-selected Clarity Vinyl® with attention paid to every single detail. These records feature the same flat profile that helped to make the original UHQR so desirable. From the lead-in groove to the run-out groove, there is no pitch to the profile, allowing the customer’s stylus to play truly perpendicular to the grooves from edge to center. Clarity Vinyl allows for the purest possible pressing and the most visually stunning presentation. Every UHQR is hand inspected upon pressing completion, and only the truly flawless are allowed to go to market. Each UHQR is packaged in a deluxe box and includes a booklet detailing the entire process of making a UHQR along with a hand-signed certificate of inspection.

In addition to the UHQR booklet, the package includes an 8-page 12″ x 12″ booklet containing new liner notes by musician and Marley biographer Leroy Jodie Pierson, together with exclusive photos by Kim Gottlieb-Walker.

“The careful consideration given to every element can be seen, heard, and felt throughout the entire package,” said Cedella Marley, CEO at the Bob Marley Group of Companies, and daughter of the Jamaican musical icon. She continued, “Dada would be very proud of this. We’re looking forward to future collaborations with Analogue Productions/Acoustic Sounds on other

“This is vinyl perfection,” added Analogue Productions/Acoustic Sounds CEO Chad Kassem. “We are are thrilled to join the Marley family and Tuff Gong in presenting this truly deluxe, collectible product to the world!“

In a special product “Unboxing” video that premiered on the Acoustic Sounds YouTube channel today to accompany the pre-order announcement, Kassem shows off the collector’s item — which has been limited to a run of 3500 units — and recommends that audiophiles “click as soon as you as can ’cause it probably won’t last but a couple hours.“