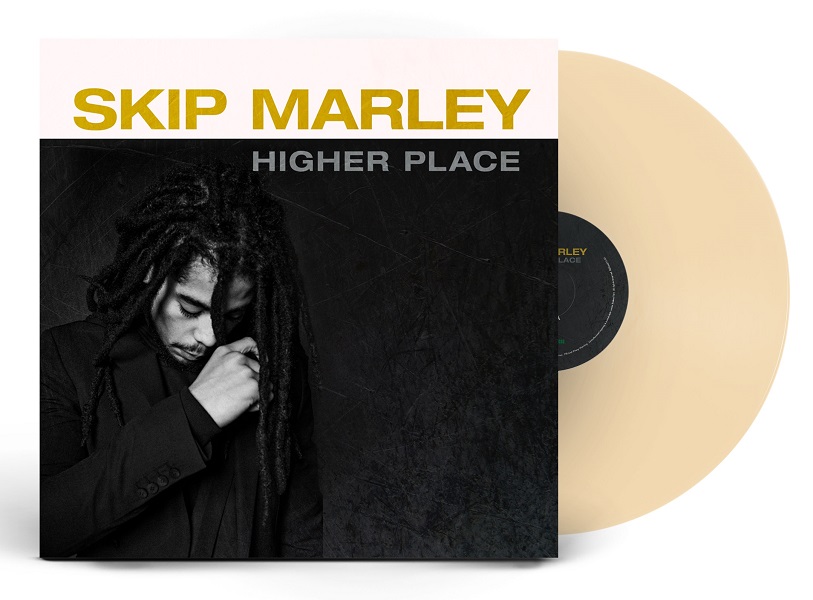 “SLOW DOWN” WITH H.E.R. NOW CERTIFIED GOLD BY RIAA

Marley offered his thoughts on the achievement: “I’m thankful that the EP reached these levels over the past year. The vinyl record release is a collector’s item to show that gratitude to the DJs and fans who supported from the start. The one thing you can’t slow down is time, so it is important to acknowledge the milestones along the way.”

The moment was amplified with the additional welcomed news of Skip’s triumphant return to stage shows after a long hiatus due to the worldwide Covid-19 pandemic. Following an electric evening in Prospect Park last month, where he lit up the Brooklyn sky with a headlining performance at the BRIC Celebrate Brooklyn! Festival, Skip has now announced a string of October tour dates that include two slots at Austin City Limits on the 1st and 8th, and another visit to Brooklyn on the 21st, where he’ll join H.E.R. onstage for the Lights On Festival (curated by H.E.R.) at the world famous Barclays Center. Of his recent performance, he stated, “It was a pure joy to play music for the people again. Great vibes in Brooklyn, and we’re excited to see the fans at ACL in Austin.”

In spring 2020, “Slow Down,” with over 70 million global streams, became the quickest and biggest-streaming song in Marley family history, and elevated Skip to over 200 million total global artist streams.  It was the first time a Jamaican-born artist reached the #1 spot on the Billboard Adult R&B chart.  At the same time, Skip became the first Jamaican-born artist inside the Top 15 on Billboard‘s R&B/Hip-Hop Airplay chart in nearly a decade and a half (since Sean Paul and Keyshia Cole in 2006 with “When You Gonna Give It Up to Me”).

Executive produced by Skip and Cedella Marley (Skip’s mom, and former member of the Grammy© Award-winning group, The Melody Makers) and C. Jermi Thomas (Island Records, A&R), HIGHER PLACE earned its title as a call-to-action to Skip’s generation, fans, and listeners to inspire people to ascend to a higher place of love and level of consciousness. The project includes wisdom that has been passed down the Marley lineage, that Skip likes to call “Marley Mantras.”

Over the course of 2020, amazing chemistry radiated between Skip and two-time Grammy©-winner H.E.R. performing “Slow Down” live together.  The song’s television debut on Fallon and show-stopping perform­ance at the NAACP Image Awards (where he was nominated for “Outstanding New Artist”) both took place in February, followed in June by the ABC Good Morning America Summer Concert Series session.

Earlier this year, the 25-minute Skip Marley documentary film Let’s Take it Higher  premiered at VIBE.com two days before the Grammy© Awards broadcast.  The doc, whose production began on the fateful day of January 6, 2021, includes family movies from Skip’s childhood, and candid interviews with his HIGHER PLACE collaborators H.E.R., Damian “Jr Gong” Marley, Rick Ross, and D. Smoke.  There are special appearances by Skip’s mother Cedella Marley, and by his aunt Marcia Griffiths – she toured the world with Bob Marley as a member of his backing trio the I Three with Skip’s grandmother, the legendary Rita Marley.  The film was directed by Reshma B, who produced the acclaimed reggae docu­ment­ary Studio 17: The Lost Reggae Tapes.  Let’s Take it Higher was produced by Boomshots, the official reggae and dancehall platform of Complex Media Networks; and by Rob Kenner, whose book The Marathon Don’t Stop: The Life and Times of Nipsey Hussle was published the same day that Let’s Take it Higher premiered.